Three Nights of Lighting: Swansea during the Blitz, February 1941 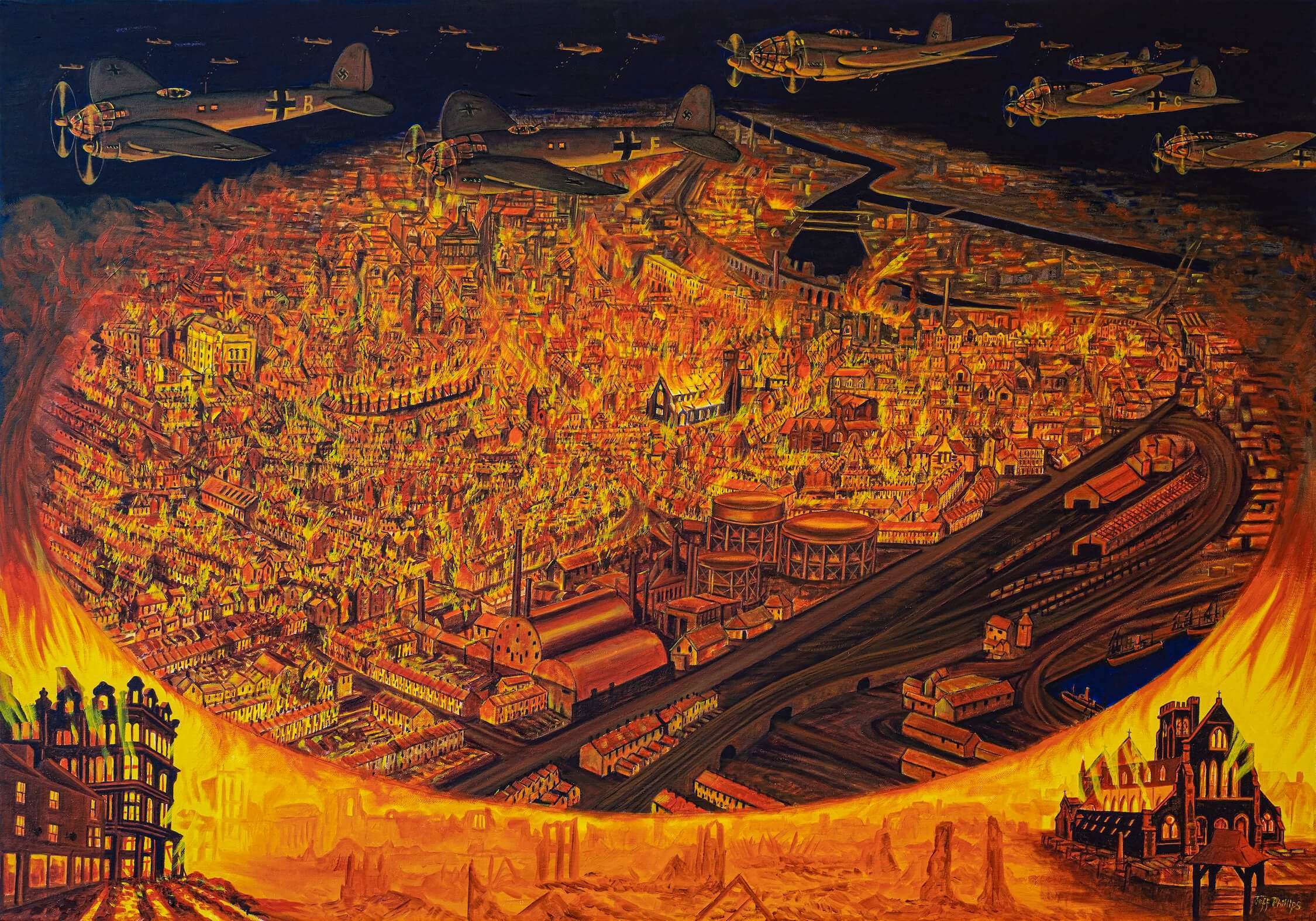 Three Nights of Lighting: Swansea during the Blitz, February 1941

Swansea experienced three nights of intensive bombing by the German Luftwaffe in February 1941. 230 lives were lost and 409 people seriously wounded.

1865 was a landmark year in North American history, with the US Civil War coming to an end and Abraham Lincoln losing his life to an assassin’s bullet. History was made in South America too when the Zeta, a three masted merchant ship, sailed from Swansea North Dock to Valparaiso in Chile to collect copper ore from the mines of Santiago.

Here Jeff Phillips shows the 185 foot barque dwarfing other craft in the North Dock. The matching plumes of smoke from ship and steam train remind us that industrialisation was revolutionising the way people travelled both on land and at sea, but of course there was an environmental price to pay for this progress, and Swansea would pay it in full.