The North Dock Bridges circa 1900 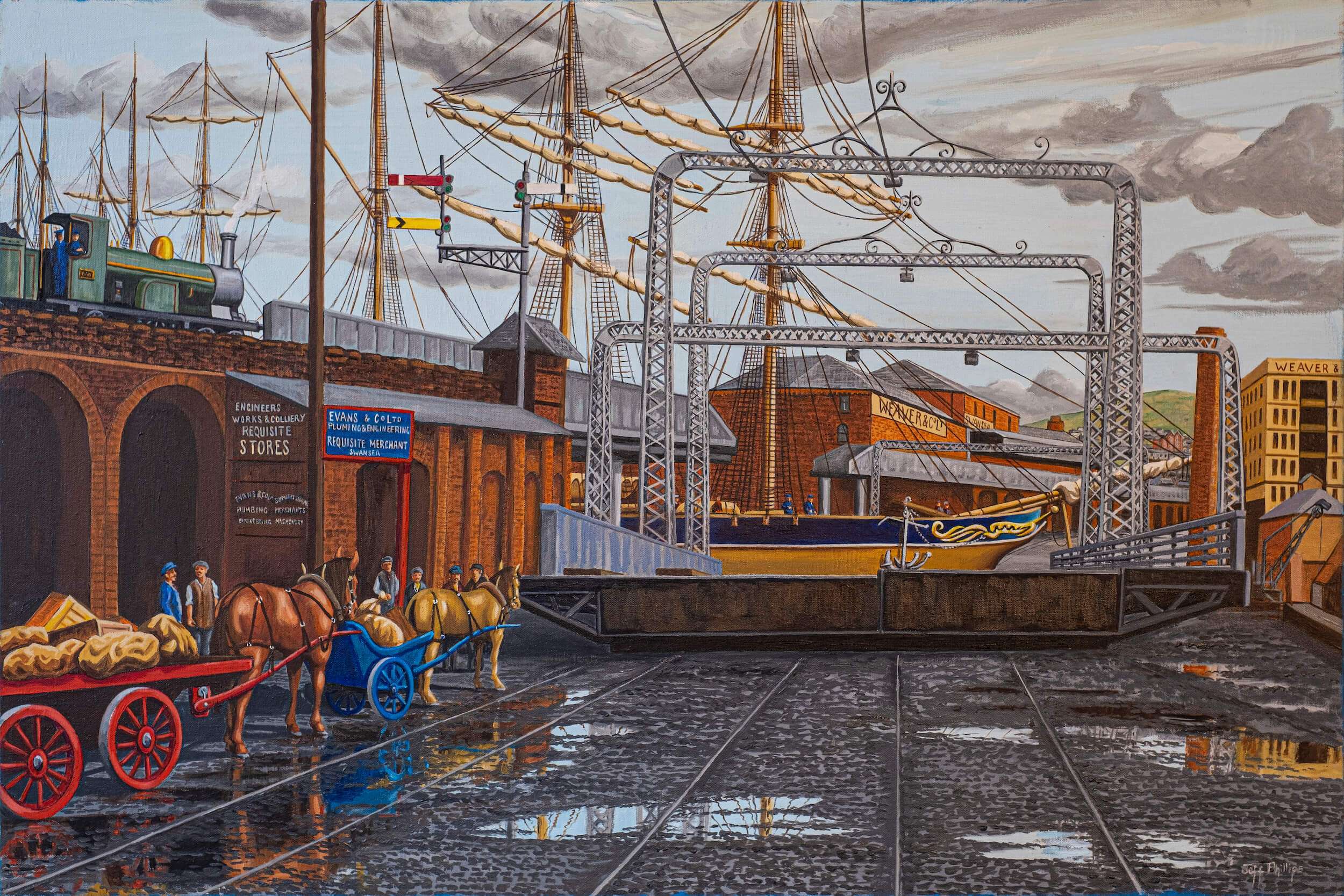 The North Dock Bridges circa 1900

During the 19th century, Swansea had three major railway stations: the G.W.R High Street, the L.M.S Victoria Station and the L.M.S and VI at the Midland Station, St Thomas.

During the latter part of the 19th century, Swansea had three major railway stations. the Great Western Railway (GWR) at High Street which is to the North of Swansea Town and still operates today. Swansea Victoria Station, the London, Midland, Scottish (LMS) station lay to the South of the Town and is where the Waterfront museum and the LC2 stands today (closed in 1964). The third station was the Midland Station, St Thomas, Swansea and linked up with Swansea Vale Railway (VL) and the LMS. All these stations were linked by a series of stone arches that ran from High Street Station along the Strand and North Dock (now Park Tawe) to Victoria Station to the south and the Midland Station to the east.

In order to cross the entrance of the North Dock and the River Tawe movable bridges were designed and built to allow people, traffic and trains to cross.  The North Dock bridges were hydraulically operated by an adjacent Pump House at North Dock. The hydraulic road bridge would lift and slide on rollers towards the town in a large single section. The Railway Bridge elevated by the arches had a section that also slid back towards the town. This allowed tall ships to pass back and forth to the North Dock. The North Dock road bridge was known by several names such as Weavers Bridge, because of it’s proximity to Weavers Mill (where Sainsbury’s is today) and it was also known as The Penny Bridge, as it was a toll bridge and cost a penny to cross it. There was also a toll bridge on the River Tawe crossing bridge at a cost of half a penny. Use of the North dock fell into decline during the 1920s when the Kings dock was developed and the North dock was closed in 1930.

It remained in a state of neglect until 1969 when it was filled in making way for the Park Tawe development that stands there today.