The Mary Dugdale at Night, River Tawe, Swansea, circa 1840 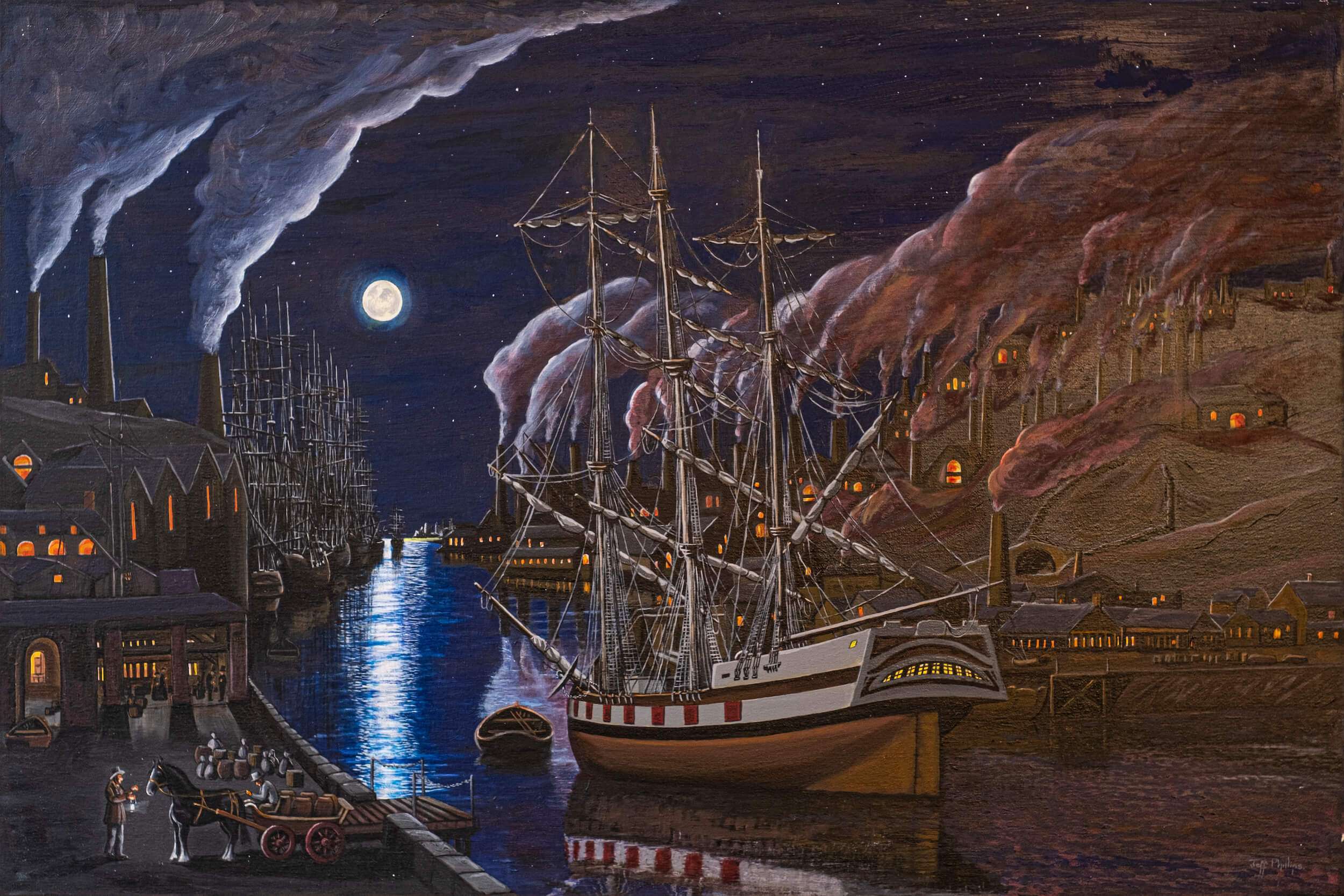 The Mary Dugdale at Night, River Tawe, Swansea, circa 1840

The Mary Dugdale birthed on the River Tawe, glowing in the light of the copper furnaces.

Here the Mary Dugdale sits peacefully on the River Tawe at night, but the toxic smoke from the copper smelting works tells us that not everyone was at peace. Furnaces operated around the clock, with adults and children as young as nine risking their lives in a workplace where injury and death were commonplace.

The moonlight’s reflection on the water offers an inviting path out to the open sea. The Mary Dugdale would accept this invitation many times, sailing around the hazardous waters of the Cape Horn off the coast of southern Chile and on to the port of Valparaiso to collect its cargo of copper ore from Santiago before returning to Swansea. As well as being a merchant vessel, the Mary Dugdale carried thousands of migrants from Ireland to Port Adelaide. Although life was hard for new arrivals on the Adelaide coast, you can’t help wondering how Swansea’s factory workers might have responded to the fresh air and unspoiled farmland of South Australia.