The Copper Smelting Works circa 1880 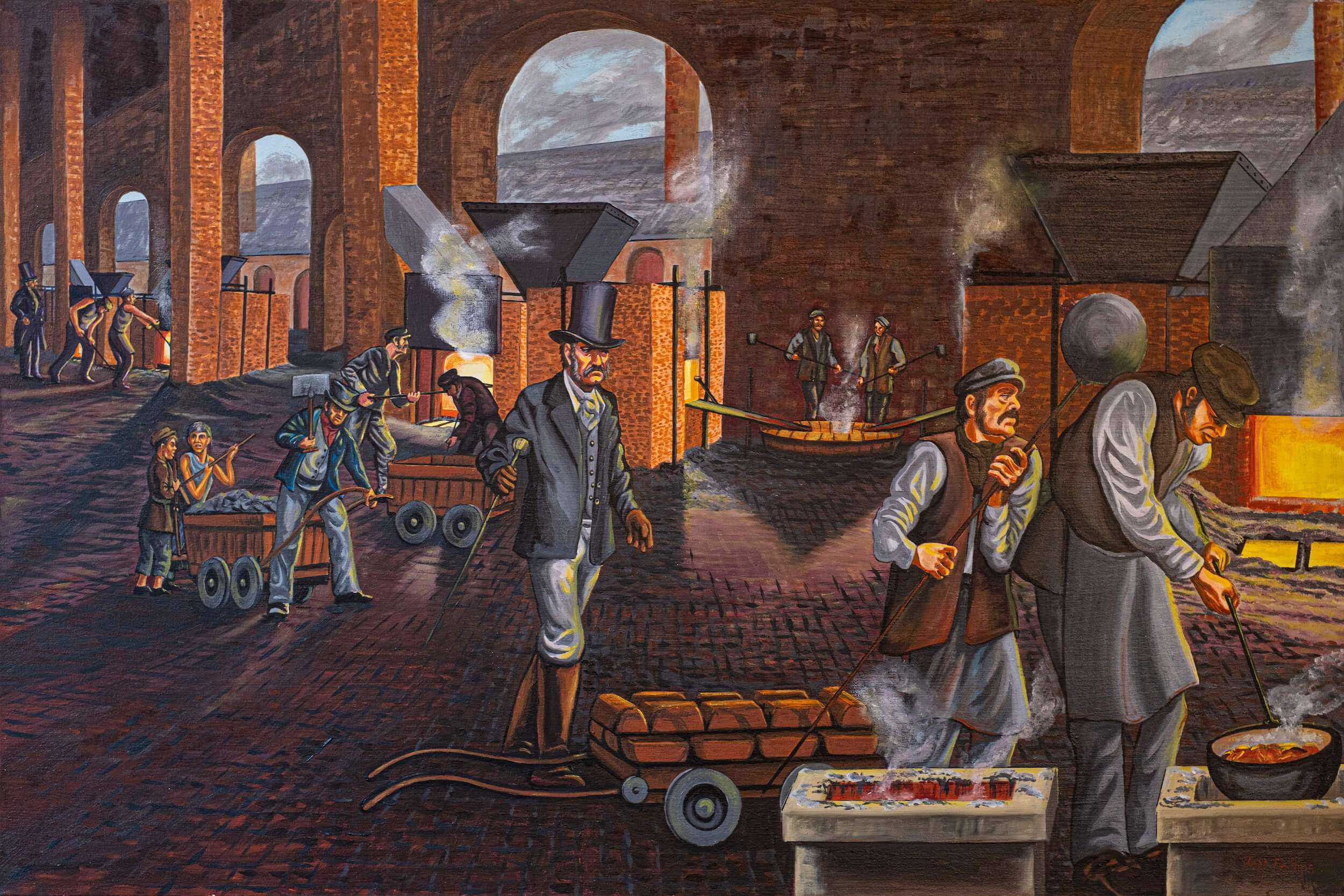 The Copper Smelting Works circa 1880

In the Long House, copper ore was smelted by rows of reverberating furnaces.

In this painting Jeff Phillips opens our eyes to the working conditions of industrial employees in the late 19th century.  By this time, copper smelting had been a Swansea staple for almost two centuries, starting in 1717 with ores imported from Cornwall and Anglesey. By 1880 the raw materials came from as far afield as Australia and South America.

The Hafod copper works contained two long rows of furnaces. Each one was fed from the top with copper ore and limestone. Reverberating furnaces separated the metal from the impurities, forming small granules of copper.  Repeating the process refined the metal, which was then melted and made into copper ingots.

The copper produced in Swansea in the 19th century reached a peak price of £200 per ton, the equivalent of over £18,500 per ton today. But the environmental price was arguably far higher, with toxic waste blighting the skies, land and waters around the Lower Swansea Valley.  The workers Jeff Phillips portrays here paid a price too. Their lives were hard, and often all too short.