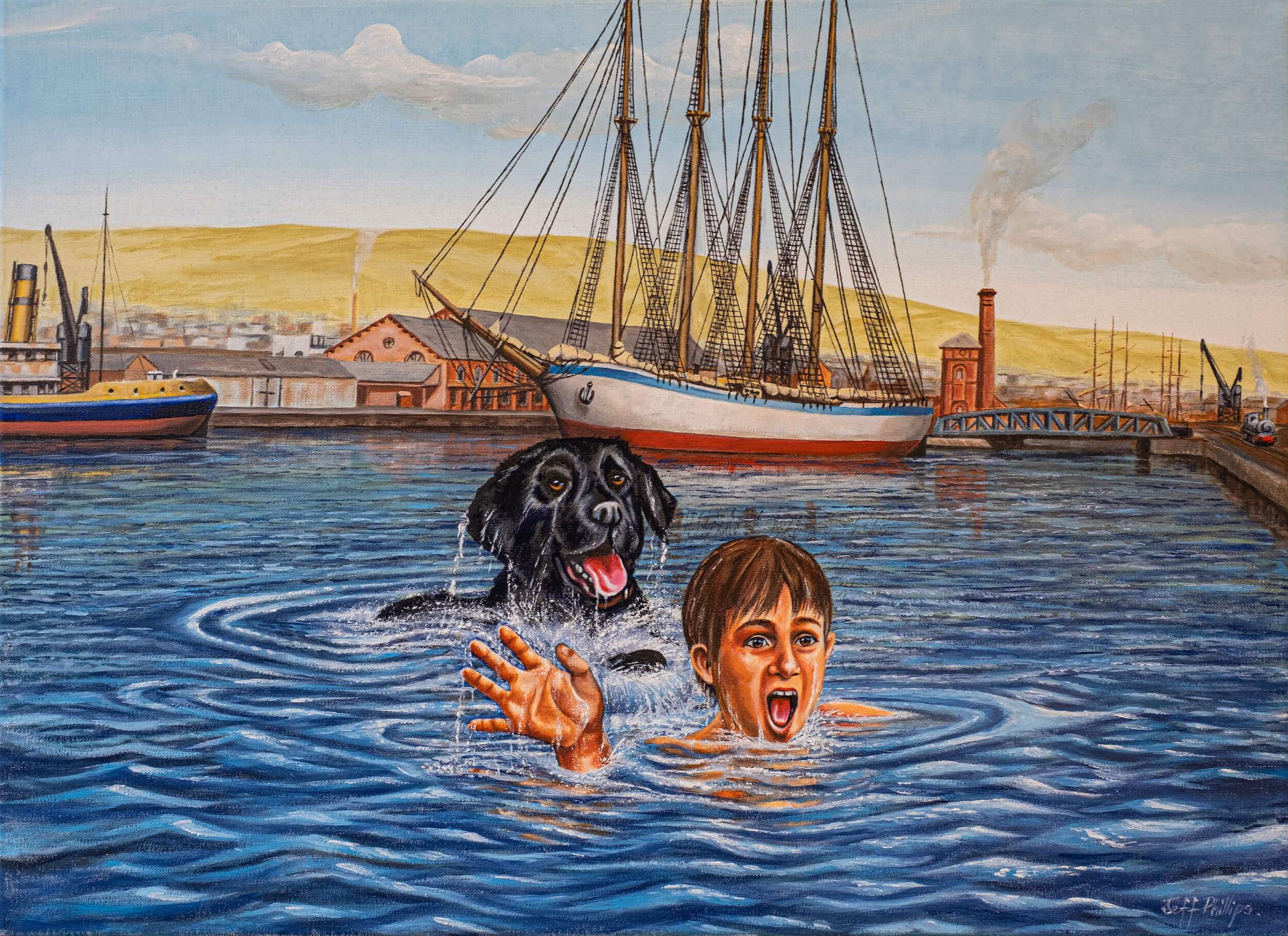 Born in 1930, Jack was a black retriever who saved the lives of 27 people around Swansea docks and the River Tawe. He became the most decorated peacetime dog in Britain. Jack died of poisoning in 1937. An epitaph was erected opposite St Helen’s Ground on Swansea Promenade.

Born in 1930 Swansea Jack was a black retriever and is reported to have saved the lives of 27 people around the River Tawe and the docks of Swansea. First owned as a puppy by Taulford Davies, Jack was originally quite a naughty dog
renowned for chasing ducks in Park Llewellyn and for some reason was scared of the water. Taulford passed Jack into the care of William Thomas and William started to train Jack. Jack was encouraged to play with local boys swimming in the water around the docks of Swansea. No longer being afraid of the water on the 1st of June 1931 Jack seeing that there was a young boy in trouble in the water jumped in and pulled the boy to the waters edge saving the boys life. Over the next six years Jack would repeat these actions time and time again saving the lives of another 26 people and two dogs.Jack is the most decorated dog of all time in the United Kingdom having received numerous awards for bravery including two bronze medals equivalent to the VC Cross. His actions and bravery were well recorded in local and national newspapers of the day. At the
age of seven Jack died after consuming rat poison, the people of Swansea were very angry and sad at his death. Jack’s remains are buried on the Promenade opposite St Helens Rugby Ground on Mumbles Road. An epitaph has been erected on the site to honour Jack’s bravery. The Epitaph reads: “Erected to the memory of Swansea Jack, the brave retriever who saved 27 human lives and 2 canine lives from drowning. Loved and mourned by dog lovers. Died October 2nd 1937 at the age of 7 years. Ne’er had mankind more faithful friend than thou who oft thy life didst lend to save some human soul from death. Owner and trainer WM Thomas”.