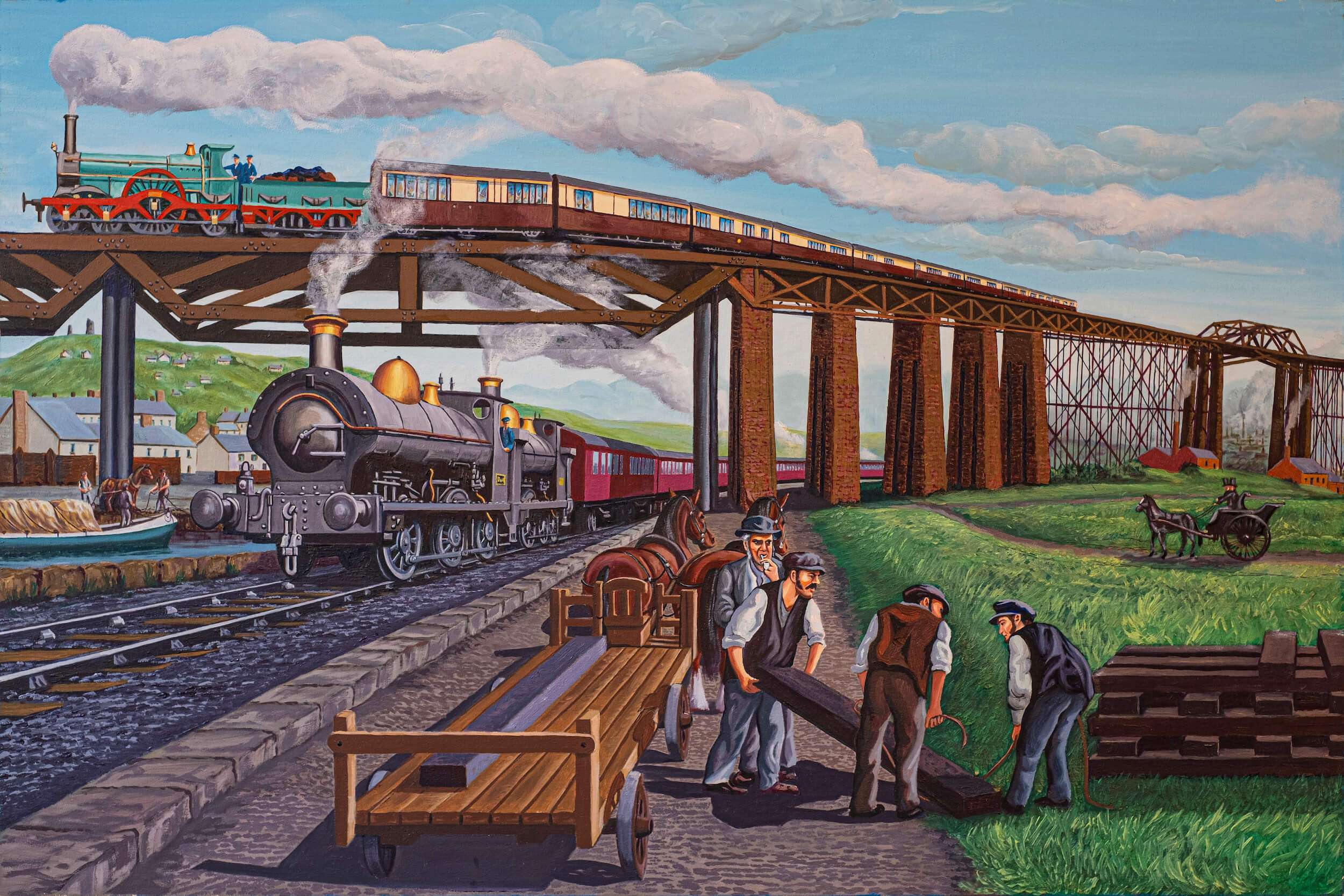 The Landore Viaduct opened in 1850 as part of Isambard Kingdom Brunel’s Great Western Railway. It crossed over the River Tawe, Swansea Canal, Death Road and the Swansea Vale railway line. The original old wooden structure was replaced with a wrought iron construction which is still in use today.

This painting of Landore Viaduct captures a period of transition in our city’s history. Swansea in the mid-1880s was a place of contrasts. The viaduct had opened in 1850, part of the new Great Western Railway line connecting London with West Wales. To have the structure designed by Isambard Kingdom Brunel, Britain’s greatest engineer, was highly prestigious, but even as it opened the construction of the Taff Vale Railway and the Bute West Dock was sowing the seeds for Cardiff to rival Swansea as a coal port.

The passing steam locomotives can’t obscure the horse-drawn carts and carriages that would remain in daily use for decades to come, and the viaduct itself would soon have a major overhaul. Between 1886 and 1889 it was rebuilt using wrought iron. Brunel’s original wooden design cost £28,720 to construct and the rebuilding coat another £30,000. Those two sums combined are the equivalent of £7 million in 2020. Considering that the viaduct has been a gateway to Swansea and West Wales for 170 years, we believe it was money very well spent.