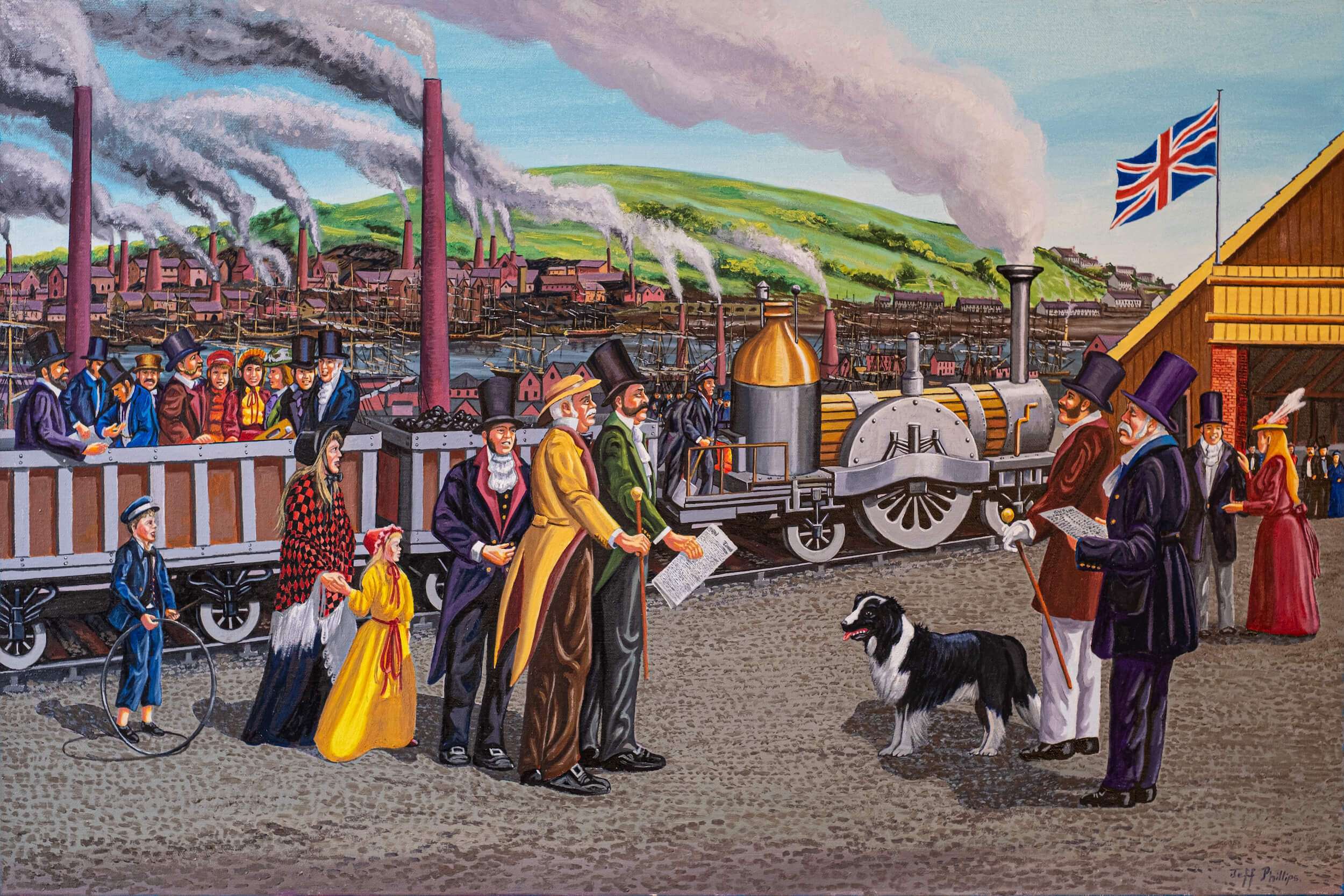 Here we see the opening of High Street Train Station in 1850. In the background to the east are Kilvey Hill and White Rock. The station’s elevated position saw it overlook the Strand, Swansea Canal, North Dock, the River Tawe and the White Rock Copper Works.

The Union Jack flying from the station roof tells us how Welsh national identity was perceived in the mid-19th century. At this time, Wales was considered part of the Kingdom of England, unlike Scotland and Ireland which were seen as independent. Beneath the surface, though, national pride burned brightly and step by step Wales would assert its identity in the decades that followed.

This original wooden construction with its two platforms and galvanised iron roof is long gone, but the modern station in its place offers a reminder of how large a part rail transport played in Swansea life in the late 19th century. In 1895 no less than seven train stations were in everyday use. A system of stone arches linked High Street with its sister stations at St Thomas, East Dock, Riverside, Victoria, Swansea Bay and Rutland Street. Some of these stone arches can still be seen to this day at the top end of the Strand.